Melbourne Integrative Genomics (MIG) was officially launched on Thursday 23rd November, 2017 in front of more than 100 colleagues, supporters and collaborators. The event was opened by Professor Jim McCluskey (DVC-Research) and Professor Karen Day (Dean of Science), both great supporters of MIG and the former Centre for Systems Genomics. Professor David Balding then introduced the seven MIG group leaders and their research foci. 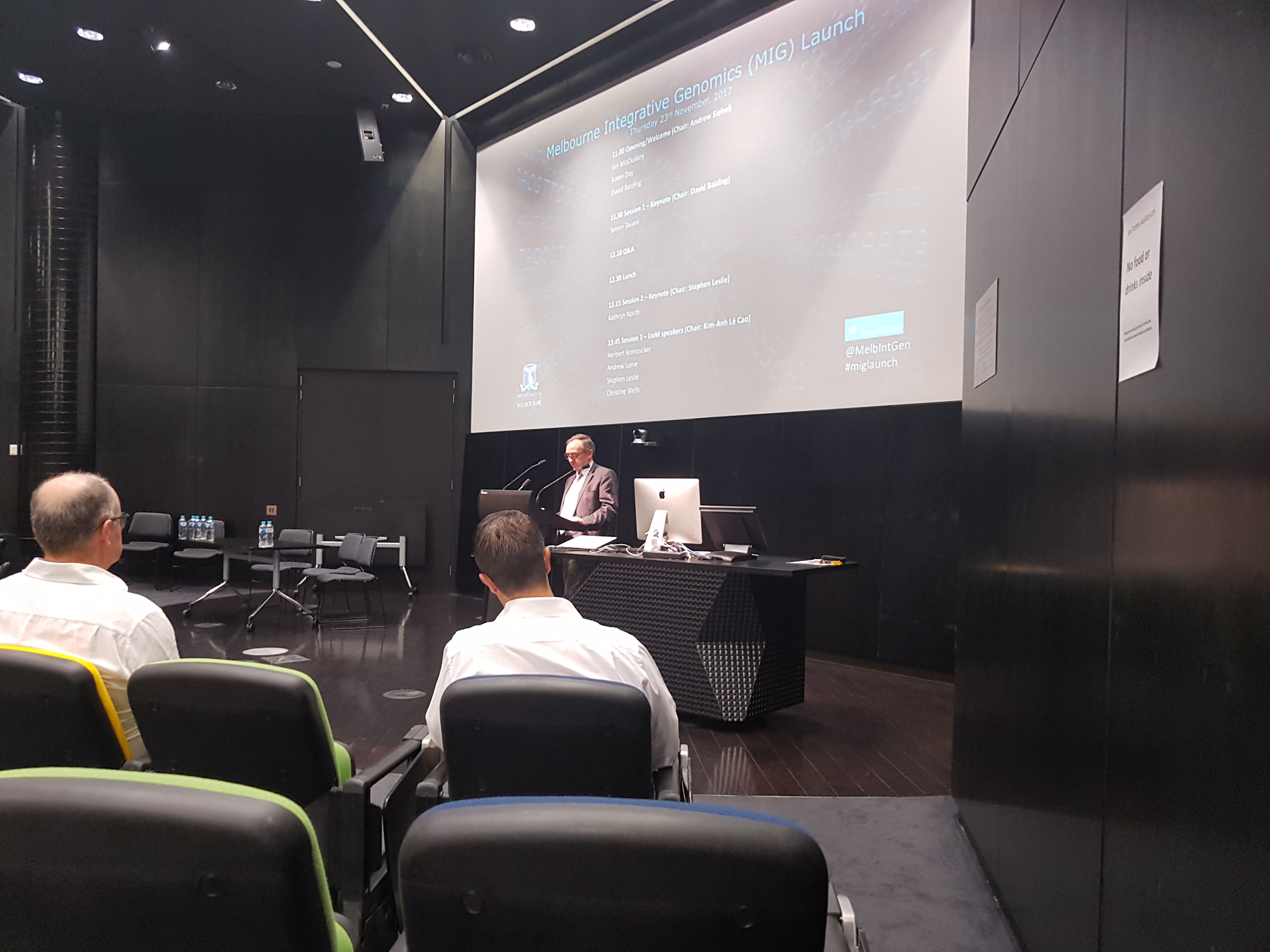 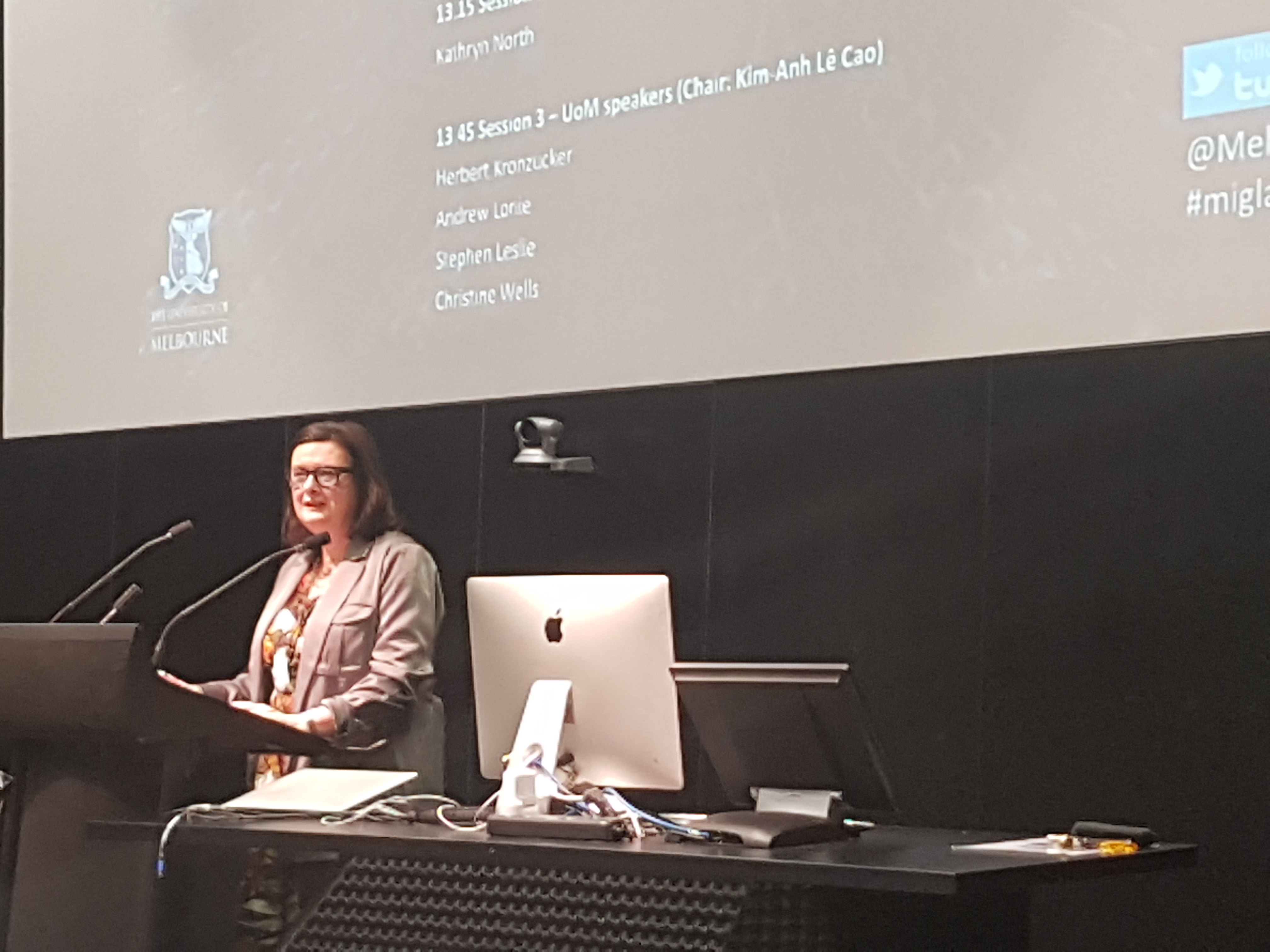 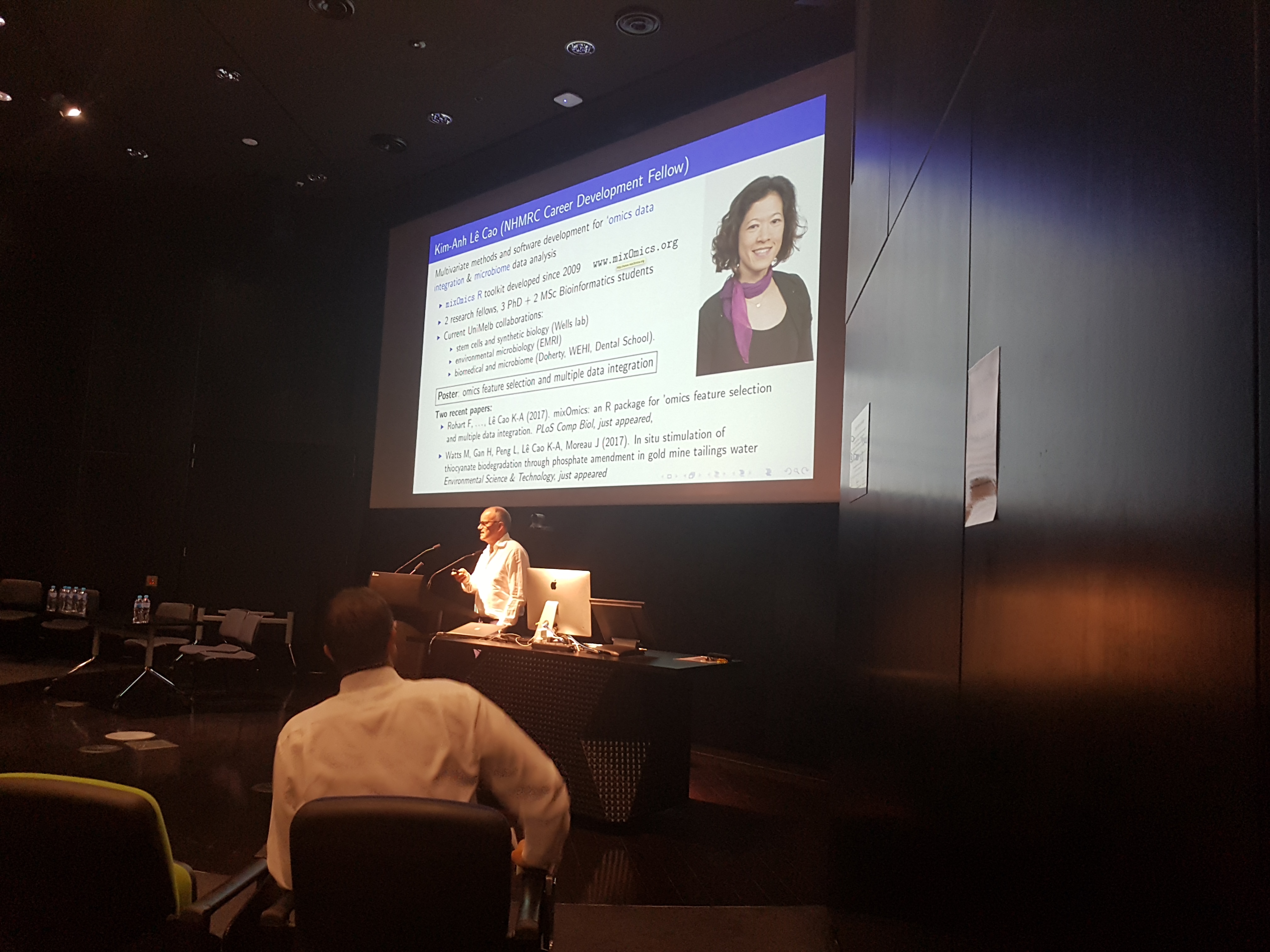 Our first keynote speaker was Professor Simon Tavaré (Director of the Cancer Research UK Cambridge Institute) who eloquently summarised the history of Mathematics and Genomics Research in Melbourne. His recognition of the necessity for MIG in the research landscape here in Parkville was well-received. 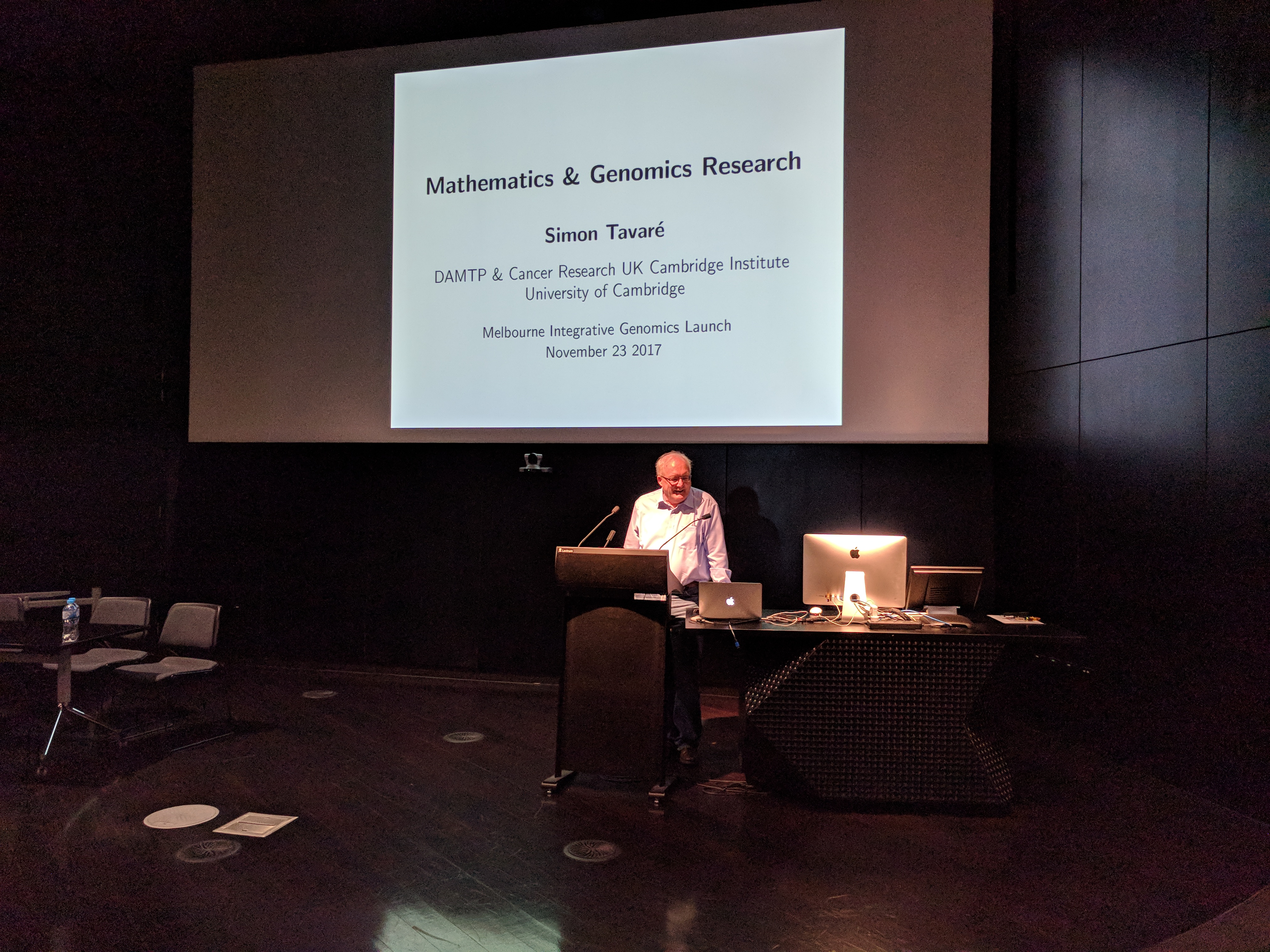 Following the lunch break, Professor Kathryn North (Director, Murdoch Children's Research Institute) talked about the challenges and opportunities in integrating genomics into clinical practice. She also highlighted the importance of MIG and how it might work with the Melbourne Genomics Health Alliance.

The last session was an opportunity to talk more Science, after Professor Herbert Kronzucker (Head, School of BioSciences) offered his support of MIG and it's direction. Associate Professor Andrew Lonie (Director, Melbourne Bioinformatics) highlighted the synergies between MIG and Melbourne Bioinformatics, fully endorsing the new name incorporating 'Integrative', which he quoted as an 'inspired choice'.

Associate Professor Stephen Leslie (MIG Group Leader) and Professor Christine Wells (Director, Centre for Stem Cell Systems) then finished the afternoon session talking about their group's research and strategic collaborations with MIG members. This led into the drinks and posters networking session, which was also well-attended.

Thank you to everyone who attended the Launch and to the speakers for giving up their time.

Follow us @MelbIntGen and check out #miglaunch for more photos and tweets from the day.