How genetic variation contributes to disease is complex, especially for those such as coronary artery disease (CAD) that develop over the lifetime of individuals. One of the fundamental questions about CAD––whose progression begins in young adults with arterial plaque accumulation leading to life-threatening outcomes later in life––is why natural selection has not removed or reduced this costly disease. It is the leading cause of death worldwide and has been present in human populations for thousands of years, implying considerable pressures that natural selection should have operated on.

The study recently published by Sean Byars (postdoc, Balding Group, SysGen) and colleagues provides new evidence that genes underlying CAD have recently been modified by natural selection and that these same genes uniquely and extensively contribute to human reproduction, which suggests that natural selection may have maintained genetic variation contributing to CAD because of its beneficial effects on fitness. This study provides novel evidence that CAD has been maintained in modern humans as a by-product of the fitness advantages those genes provide early in human lifecycles.

This article has also generated considerable media interest, including but not limited to:

Figure 5: Conceptual figure of potential evolutionary tradeoffs between coronary artery disease (CAD) burden and other phenotypes as a consequence of antagonistic pleiotropy (AP) 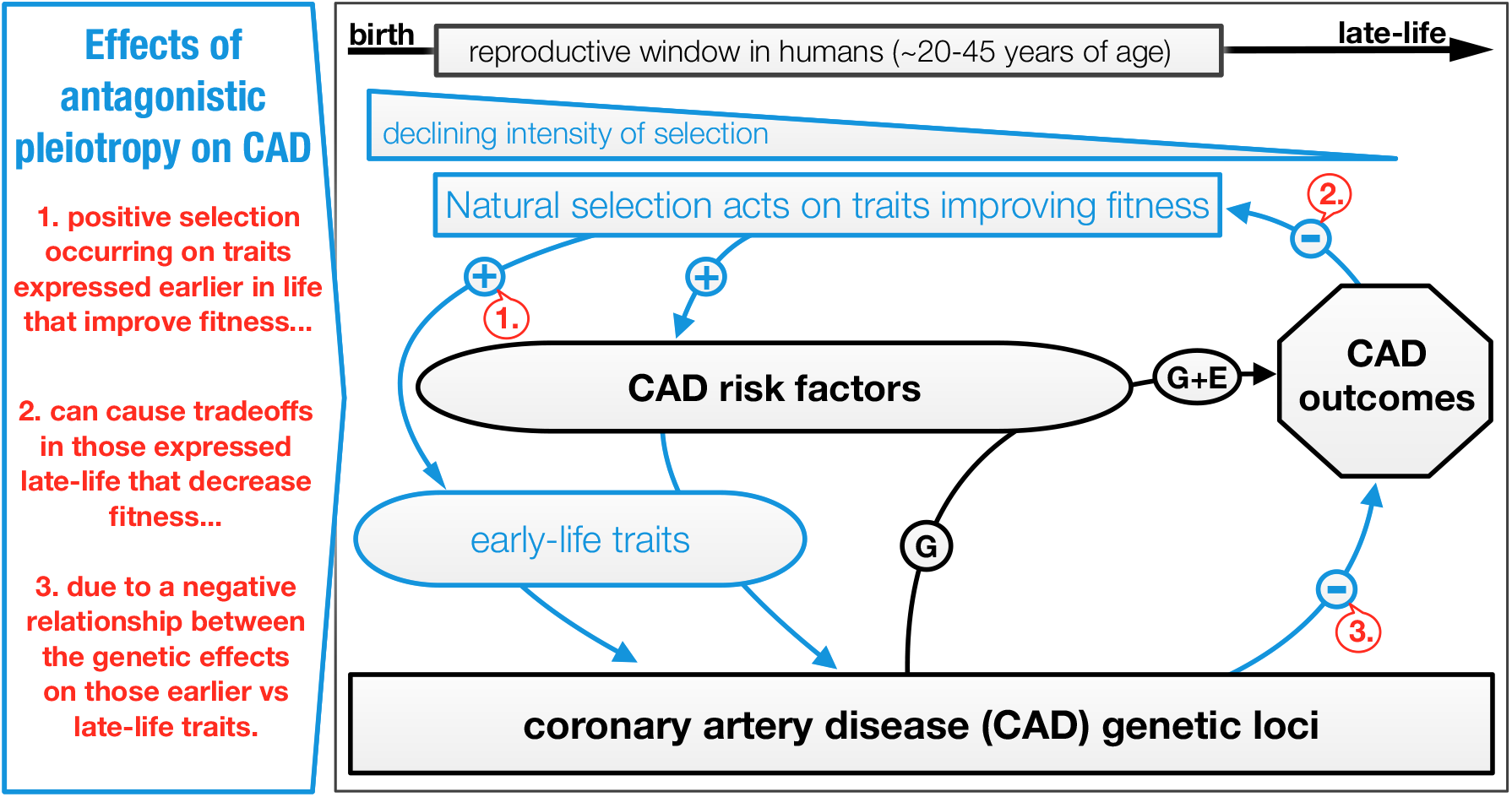