15 AUGUST: The Cantrills Collection at the University of Melbourne 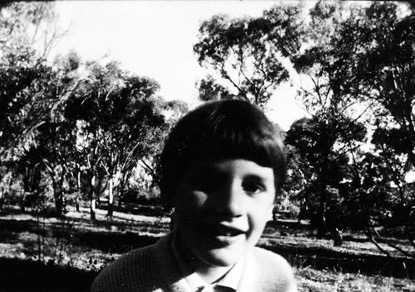 A 4k digital restoration of Arthur and Corinne Cantrills’ Second Journey (to Uluru) (1981) was recently presented at the 69th Berlinale in 2019. A full restoration of the 16mm film was undertaken in Europe by the Arsenal nearly forty years after it was shown at the Film Forum in Berlin. Uluru, of course, remains at the centre of national debates concerning Indigenous sovereignty in Australia today.

This presentation examines the present state of the Cantrills work in the collections of the University of Melbourne, ACMI, the NFSA, and the State Library of Victoria. Further to a critical appraisal of their films, I propose the creation of a distributed archive of the Cantrills’ work, navigable through a website located at The University of Melbourne. Established links to international institutions for the preservation and restoration of film, such as the Xcèntric Archive at CCCB in Barcelona, Cineteca in Bologna, and the Arsenal in Berlin, will also be discussed for their interest in the Cantrills work, and as supporters and potential partners for this project.

Initially, the catalogue listing will present the location and availability of prints of Cantrills films to an audience world-wide. Furthermore, it will host a growing collection of digitised material related to their work, and work by others (including images, posters, and writing). Furthermore, it maintains the idea of an archive for the work of Australia’s most challenging and cherished living experimental filmmakers. Finally, I will argue that digitisation is not an archival solution for visual culture, and show how works on film must be maintained and screened as the artists and their collaborators intend them to be. As Juan González, the film archivist at the Arsenal notes: ‘no digital format is an archival format.’

Arthur Cantrill AM (b. 1938) and Corinne Cantrill AM (b. 1928), share 60 years of experimental filmmaking practice. They have created a unique body of work through intense visual and material research. Their films explore a wide variety of subjects, including landscape studies, colour perception, the work of other artists and the performative aspect of projection itself. In addition to making films, the Cantrills have organised countless screenings of their own and other peoples' work, including landmark expanded cinema events.

In 1977 La Mama Theatre, Carlton invited the Cantrills to give a season of their first Film/Theatre Performance work: Edges of Meaning—projecting film and slides into a theatrical set, with the filmmakers as protagonists. They continued Film/Theatre Performance work at La Mama for three decades, opening up the film experience to the complex elements of live theatre. From 1971-2000, the Cantrills also produced and published the fiercely independent, yet inclusive, Cantrills Filmnotes in support of experimental and independent film and video practice in Australia and beyond.

Their work has been screened at international venues such as MoMA, New York, the Festival d'Automne in Paris, and the Film Forum in Berlin. (Adapted from ACMI website)