In our first online research seminar we were joined by noted performance artist STELARC. You can watch a recording of the session below, glitches included. As we are all finding new ways of doing things and making technology work for us, we thought the unedited, uncorrected video was the most honest account of this moment. For additional videos of Stelarc's performances and select writing, see below. 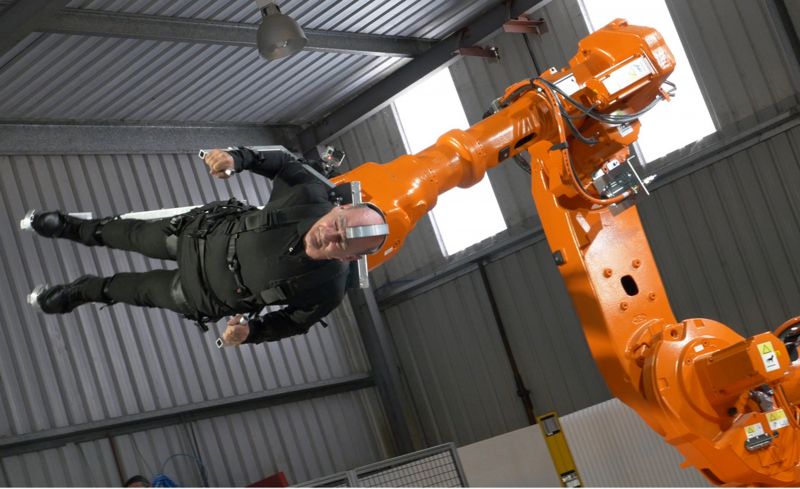 We see with other eyes and hear with other ears and are prompted by other bodies and machines situated elsewhere. Our senses are shared, and our agency is distributed. The body is neither all-here nor all-there, but partly here (as this body) and partly elsewhere (as its digital doppelganger). It performs beyond the boundary of its skin and beyond the local space that it inhabits. Being a single agent, located in only one place, performing purely as a biological body, is an outmoded, inadequate and impoverished existence. Bodies become end-effectors for other bodies in other places and for machines elsewhere, generating interactive loops and recursive choreographies of interaction. Fractal Flesh proliferates. Phantom Flesh now proliferates, generating alternative anatomical architectures. Phantoms become increasingly physical. Phantoms not as phantasmatic, but as phantom limbs. Phantoms flicker on and off, as digital noise, as glitches in biological time. In the liminal spaces of proliferating Prosthetic Bodies, Partial Life and Artificial Life, the body has become a floating signifier.

Stelarc experiments with alternative anatomical architectures. His performances incorporate Prosthetics, Robotics, VR and Biotechnology. He is presently surgically constructing and augmenting an ear on his arm. In 1996 he was made an Honorary Professor of Art and Robotics, Carnegie Mellon University and in 2002 was awarded an Honorary Doctorate of Laws by Monash University. In 2010 he was awarded the Ars Electronica Hybrid Arts Prize. In 2015 he received the Australia Council’s Emerging and Experimental Arts Award. In 2016 he was awarded an Honorary Doctorate from the Ionian University, Corfu. His artwork is represented by Scott Livesey Galleries, Melbourne. www.stelarc.org

Presented in association with the Science Gallery Melbourne